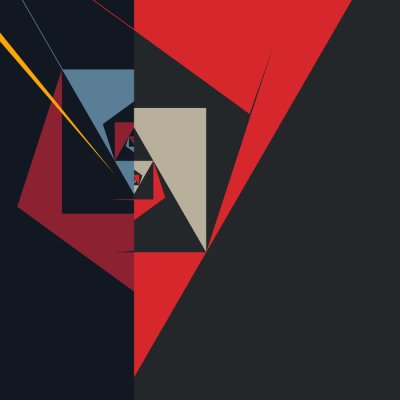 Christian:
I hate ranking things I love (especially when it comes to music), and because this year was so exceptionally challenging, I decided to organize my lists based upon pure volume of listens. I also took the time to make a list for unsigned/underground acts, another for signed/major acts (bands that are well known within our scene), and finally 2 smaller lists for EPs and honorable mentions, respectively. Lastly, most of these bands appear on our compilations, so hopefully that doesn’t come as a surprise. Allons-i.
Unsigned/underground:
10) Cyprus – “The Librettist”

Australia continues to illustrate they are better at music than you.

The perfect blend of Botch and Converge.

Feedback, blast beats, and tortured screams, these are a few of my favorite things.

https://bandcamp.com/EmbeddedPlayer/album=55267270/size=large/bgcol=ffffff/linkcol=0687f5/tracklist=false/transparent=true/
6) Spurn – “Comfort In Nothing”

Prepare for all the feels, because this Singaporean band does American-style emo / math-rock better than America.

https://bandcamp.com/EmbeddedPlayer/album=3960459147/size=large/bgcol=ffffff/linkcol=0687f5/tracklist=false/transparent=true/
2) Mothman – “Answers to No One”
Spiritual successor to bands like His Hero Is Gone and Ed Gein, meanest record with serious replay value.
https://bandcamp.com/EmbeddedPlayer/album=2188985635/size=large/bgcol=ffffff/linkcol=0687f5/tracklist=false/transparent=true/
1) Arms – “Blackout”

Paul Hundeby (also of City of Ifa and City Pro Recordings), the mastermind behind this once one-man project, wrote and recorded all instruments as well handling all engineering and production duties on this powerhouse of a record. I love this record because each song holds truly memorable passages, and I find myself absentmindedly humming the riffs a lot. Arms shared the stage with many notable national touring acts in 2016, and this year they are making their first European appearance along with our friends in Frontierer at Complexity Fest 2017, which is sponsored by Mathcore Index.

I’ve said this many times, but it bears repeating: this band cannot make a bad record.

Say what you will, but it’s mean and it makes me wanna mosh.

Grindcore AOTY, Singapore is strong on our charts this year.

One of the most underrated and interesting bands in modern death metal.

https://bandcamp.com/EmbeddedPlayer/album=2026729947/size=large/bgcol=ffffff/linkcol=0687f5/tracklist=false/transparent=true/
4) American Football – “American Football LP2”
All the Kinsella charm is still there.

“To Cast the First Stone” recalls the chaos of “Solace” while still retaining the heaviness of “Minus the Herd,” and, simply put, is a banger. Many thanks to Good Fight Music for allowing them to appear on our second compilation, Mathcore Index: Volume 2.

The perfect band, and a perfect end (allegedly) to their career. I would say music is better now, them having existed, and there is no band more influential in our scene.

Here I have included my Bandcamp review for “Meta,” as it still seems the most effective description:

“Absolutely outstanding and incredibly innovative, Car Bomb are one of the most compelling bands in extreme music, and they have truly outdone themselves (again) with “Meta.” I could continue heaping praise or add comparisons to other bands, but the fact is: there is no comparison to Car Bomb.”

*yes, a few of these were totally added last minute. -Christian