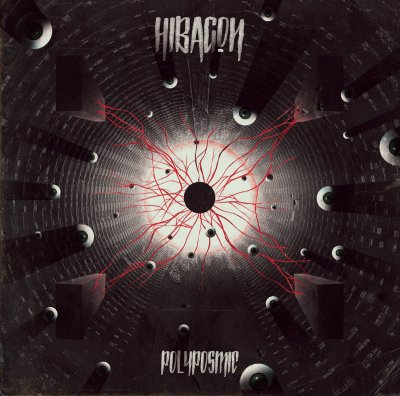 Like polyrhythms? Like instrumental math metal? Italy’s Hibagon are here, and they’ve brought the weird. Today we have the pleasure of premiering not one but TWO songs from their upcoming album, “Polyposmic,” which is to be released May 12th. The first song, “Orogenesis,” is a palindromic 3 minute heavy epic with an almost Ravel like attention given to subtle variation in the main riff. The 2nd track, “Lamantino,” is based around a Latin groove that starts spooky and gradually crescendos into a chaotic variation of the main motif.