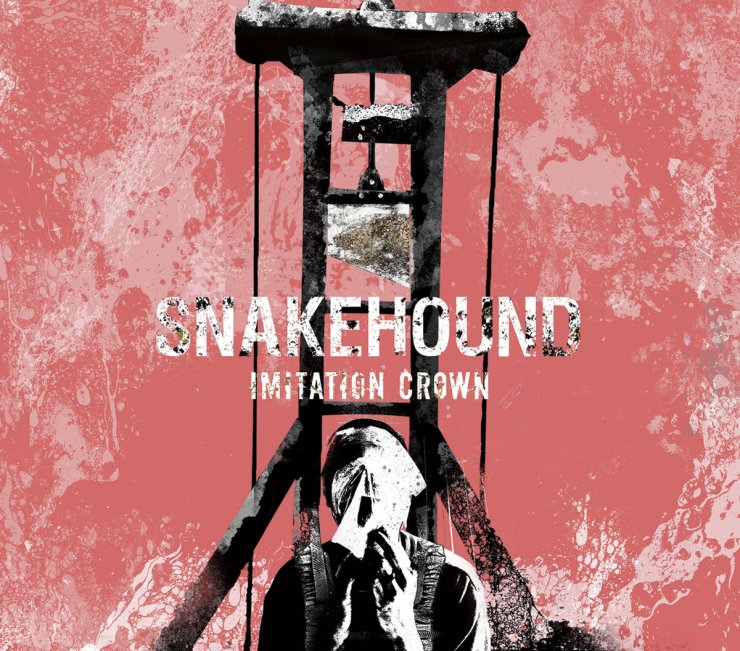 You may remember Kansas City’s Snakehound from the video premiere we did earlier this month, and today we have the pleasure of bringing you an early stream of their new album, “Imitation Crown.” Snakehound are a brand new band, but have already made waves in the online community with series of singles showcasing high-energy metalcore with earwig riffs and pull-offs aplenty. The album begins with the moshy “Dignified Rats,” and as the band doesn’t skip on the vicious hardcore riffs and breakdowns, it only gets better from there.” “Gypsy Danger” playfully dials it back only momentarily before launching into “Guillotine del Toro,” which aside from “Timberline” may very well be the best representation of the band’s sound; Snakehound bring the energy of Converge with the technicality of Botch, and combine it with the groove and heaviness of their disciples in Every Time I Die, Norma Jean and The Chariot, and “Guillotine del Toro” is a delightful exhibition of these influences. “Snakes for Legs” is as off-kilter as the name suggests, and brings some sickly, chromatically descending diminished chords a la Daughters, but doesn’t linger there for long, as it soon gives way to feedback and harmonics, which fades perfectly into “Timberline,” the video of which being the aforementioned premiere. The record then has it’s only moment of respite with the brief interlude, “28:06:42:12,” before jumping back into the action with the albums first single “Autumn Driver,” our first taste of what Snakehound had to offer. The next track, “Northern Viper,” is seemingly ironically titled as it most features mostly southern rock riffs, but the band soon resumes a more serious assault with “Hornets for Hands” and “Bitter Tempest,” which boast a few of the more technically impressive sequences on the album. The album’s finisher, “Five Eyes,” finally brings it to it’s conclusion with a lurching, feedback riddled anthem.