2019 happened to be an incredible year for the genre you’re all here for: mathcore. Given the rise and fall of seminal bands like The Dillinger Escape Plan, the aging roster of enduring acts leftover from the late 90’s, and the current boom of breakdown-heavy (and frankly regressive) hardcore / metalcore, it seemed as if there wasn’t much hope the movement could ever be this revitalized. However, this year proved that there is still genuine interest in this off-kilter, quirky, and often mysterious music, with a veritable explosion of chaotic and avant-garde underground artists across the globe. If you are new to this music, I believe you have arrived at the perfect time, in what is ostensibly the genre’s 2nd renaissance. Here we go. 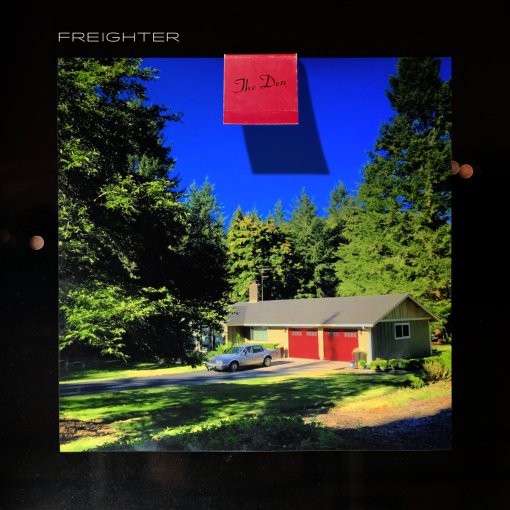 Freighter played our 2nd annual fest this summer, and seeing them perform this material live absolutely sold me on this record. I honestly felt like this was one of the most underrated records this year, and fans of TDEP and Mr Bungle should not skip this one. Watch their full HD set from Mathcore Index Fest 2019 here. Favorite track: “Stick Around and Do It Right Until You Get It Perfect” 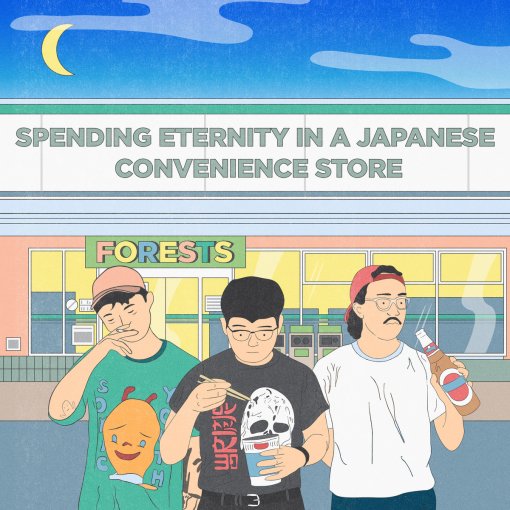 A perfect successor to their 2016 debut, which was one of my favorite albums of that year, and another collection of bittersweet anthems in the nostalgia inducing style of Midwest emo and math rock. Favorite track: “Perfect Worst Team, You Know?” 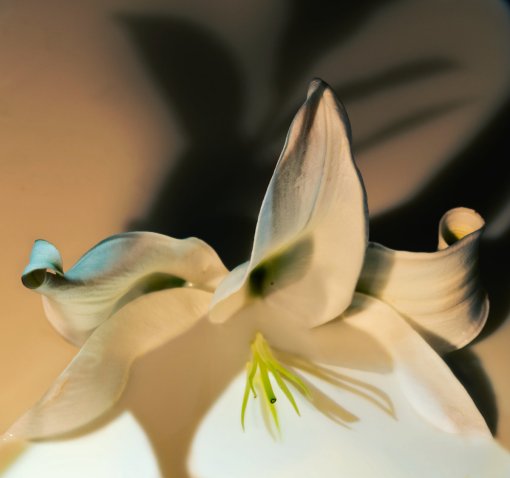 This one kinda crept up on me, but after going back to it a few times and especially after premiering their music video for “Doomster Baby,” I started listening to it constantly.  One of the most promising underground bands right now. Favorite track: “Quick Beheading Video Before Bed” 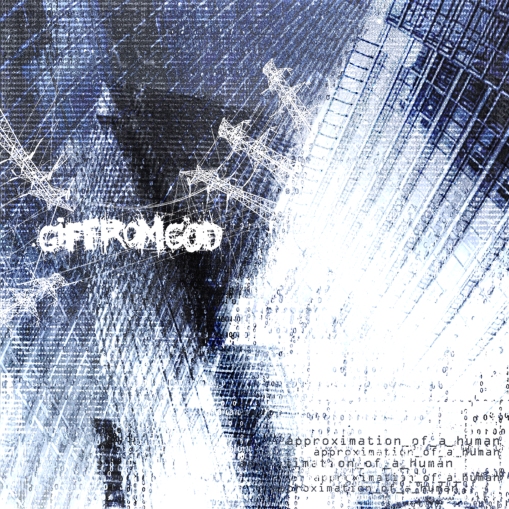 Screamo and mathcore have always seemed to be somewhat adjacent, but that crossover is evident now more so than ever with the emergence of bands like Oregon’s Senza, Indiana’s Olam, and Virginia’s Gif From God, who released this record earlier this year via Prosethetic Records. “approximation_of_a_human” is far less of a robotic exercise than the title might lead one to believe, delivering a notably matured effort that should satisfy all fans across the whole spectrum of chaotic and underground music with no shortage of beloved panic chords, sass, and breakdowns. Favorite track: “cincinnatically speaking…” 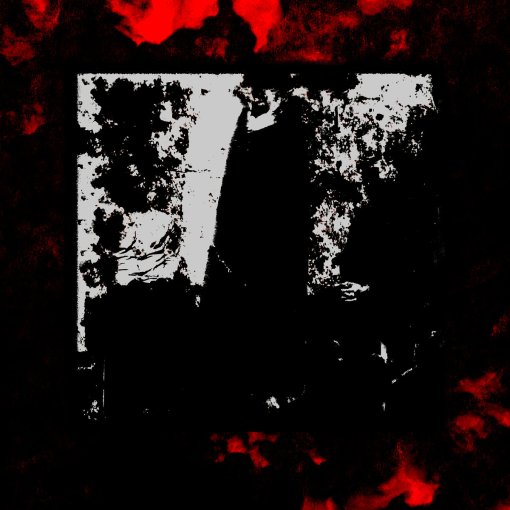 Solo project turned full touring band, Meth. signed with Prosthetic Records last year after releasing 2 very well received EPs, “The Children Are Watching” and “I Love You,” the latter of which was one of our favorite releases of 2018. A fully realized vision of madness, “Mother of Red Light” is a powerful display of emotional intensity and savageness, complete with a compelling narrative and skin-crawling aesthetic that translates into a memorizing live performance. We are also so proud to have hosted them this summer at our 2nd annual fest. Watch their full HD set from Mathcore Index Fest 2019 here. Favorite track: “Her Womb Lay Still” 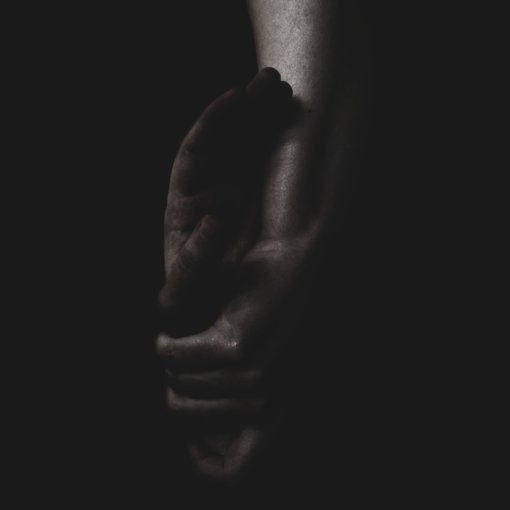 Fawn Limbs are undoubtedly one of the most prolific artists in mathcore and grind, releasing what could only be described as a staggering amount of material since late 2018 and constantly reinventing themselves in the quest for the most abrasive and dissonant sounds in known creation. Integrating mathcore, deathgrind, occasional glitch and electronic elements, and even spoken word, this is truly one of the most fascinating acts in underground music with unquestionable pedigree: drummer Lee Fisher is known for his drumming with Pittsburgh’s Commit Suicide and previously toured with Psyopus; bassist Samuel Smith plays with Artificial Brain; Eeli Helin, the guitarist, vocalist, and primary song writer, has lent his voice to microtonal death metallers Infinite Nomad and has a similarly prolific project, Mireplanner. I also had the pleasure of releasing not 1, not 2, but 3 separate releases for Fawn Limbs this year through my label, so naturally I’m inclined to say nice stuff, but truly: I love this record. Favorite track: “Odium Pitch” 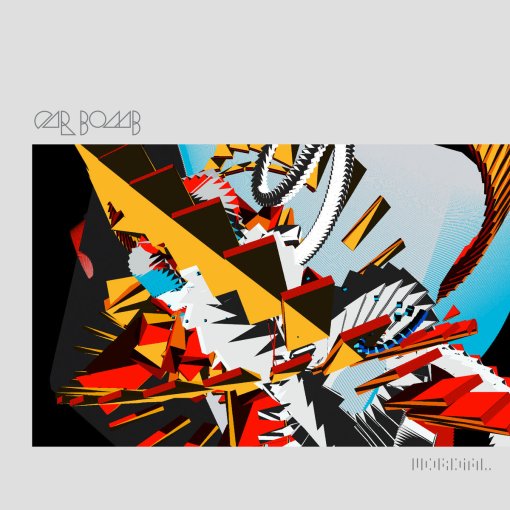 “Mordial” feels like a logical progression of “Meta,” embellishing the more melodic elements that we saw on tracks like the captivating “Gratitude” with cuts like “Vague Skies,” “XOXOY,” and the album’s title track, but Car Bomb still somehow manage to become more even extreme with the infectious “Dissect Yourself” and “Scattered Sprites.” You can probably count on a ton of bands trying to cop that ring mod and pitch shifting sound in 2020. PEW PEW PEW. Favorite: “Dissect Yourself” 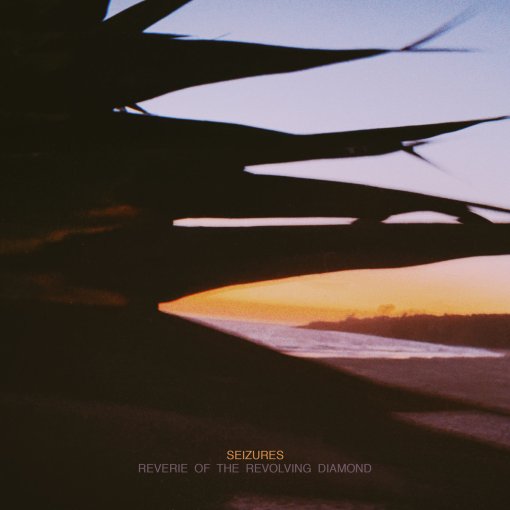 Seizures have so perfectly integrated surf rock and post elements into their music for an album that feels uniquely California, a place that is not exactly known for an abundance chaotic underground bands in this style. Until now. “Reverie of the Revolving Diamond” is a near perfect effort and a wonderful progression from a band who are capable of writing some of the most truly dense songs imaginable. We were also fortunate enough to have them grace the stage of our second annual fest this summer. Watch their full HD set from Mathcore Index Fest 2019 here. Favorite track: “In a Valley of Twilit Meres” 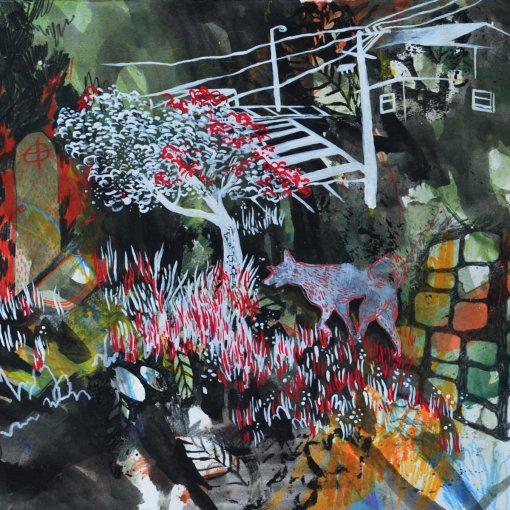 A concept album about the life of a beloved family dog, and an emotional roller coaster, just as life can be sometimes. Snooze have a ton of heart and faced some challenges throughout the recording of this release, but came through with another feel-good release of happy yet heavy math rock, of which I believe to be a somewhat newer manifestation. “Familiaris” is a unique beast, somehow uplifting and soul crushing, and you’ll find yourself experiencing the whole range of emotions starting with the optimistic outset of “Amicus Pawsterum” (our protagonist’s inception / creation moment) and ending with the tearjerkers “Comfy” and “Rainbow Bridge,” where our protagonist dog meets his end. What is even more fantastic about this album is that it’s cyclical, so when you reach the end of the album it fades back into the hand claps from “Amicus Pawsterum,” track 1, so you can listen to “Familiaris” on an endless loop and blubber like an idiot like I did for an entire month after this album was released. Favorite track: “Hold On” 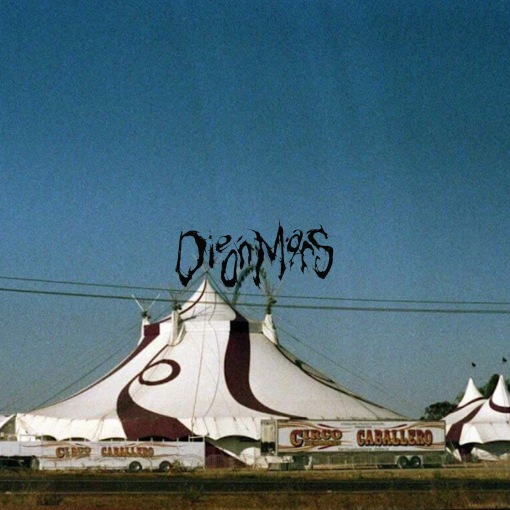 Although this selection may not surprise anyone, Atlanta’s The Callous Daoboys have come a long, long way since “My Dixie Wrecked.” I can see “Die On Mars” being their “Hot Damn!,” with it’s highly energetic and memorable passages, anthemic chants, massive breakdowns, and endless quirky hooks. There is no other record in recent memory that has so quickly and thoroughly embedded itself in the underground music communities, while still receiving universal acclaim from every publication ranging from NPR to Metal Injection. Carson Pace is the perfect front, dripping charisma and spouting enigmatic and infectious lyrics that would make Josh Scogin and Alexis Marshall proud, and is still able to carry tune with more melodic sequences (and in the spirit of full disclosure, has also previously worked as one of our correspondents). Few artists have mastered the art of the build-up like the band’s own hometown heroes in The Chariot or the legendary Botch, but The Callous Daoboys have already seemingly mastered that mechanic, managing to write songs that are both technical and somehow still memorable. Add an element of accessibility that even flirts with pop a la The Dillinger Escape Plan (see “Blackberry DeLorean”), and you have “Die On Mars,” what I believe to be the finest release of 2019. You may take this recommendation with a grain of salt if you wish, as I did help release this one through my label, but you can rest assured that anything released there will only be something about which I am the most enthusiastic, and this record is absolutely no exception. Watch their full HD set from Mathcore Index Fest 2018 here, in which they perform songs from “Die On Mars” more than a year prior to the album’s release. Favorite track: “Fake Dinosaur Bones”

…also, shout out to “Igor” which is lowkey my other AOTY 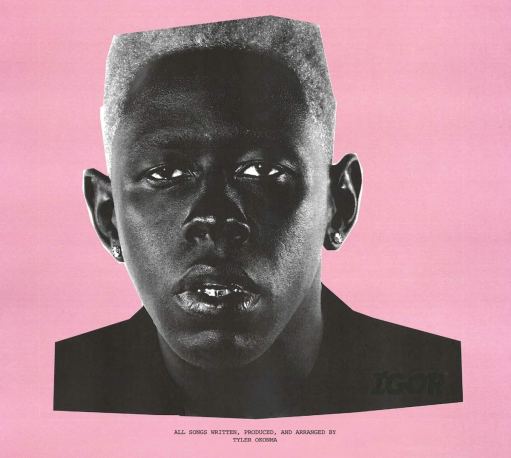 Some EPs I loved:

Stuff I already regret not listing: 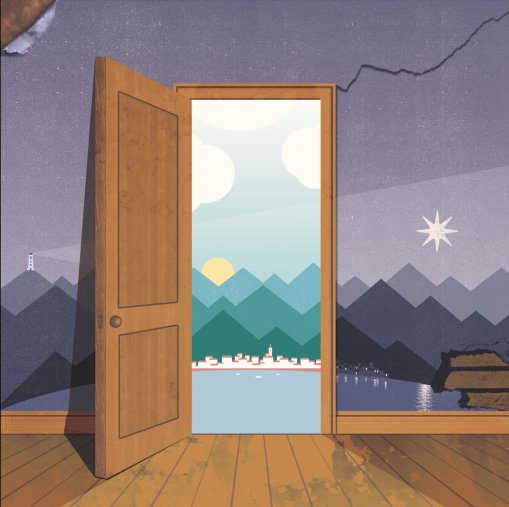 I almost felt guilty not putting this higher, but it sorta snuck up on me. It didn’t grab me as much as Ghost City or Twin Galaxies, but it’s still Delta Sleep.

Much like Delta Sleep, this one didn’t grab me as much as their past stuff, but it still had to be included. 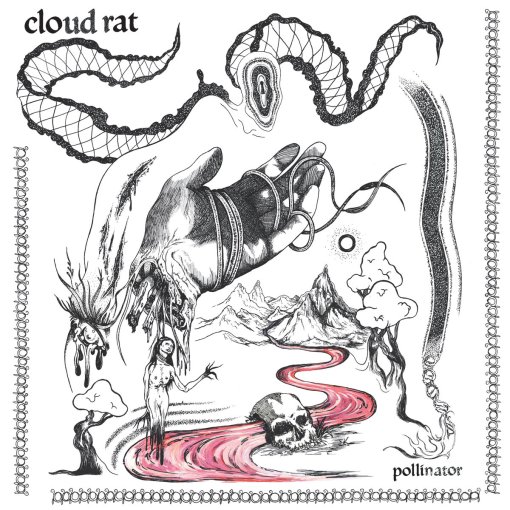 On to the more obscure, this one came in hard with me: this is a double appearance of Cloud Rat’s full-length, “Pollinator,” and the EP, “Do Not Let Me Off the Cliff.” Not only is the full-length a ripper, the EP is this dark, electronic direction that is completely different, but these 2 albums together…it’s like going to metal show and there’s a hip hop artist or something playing. Polar opposites but still amazing. 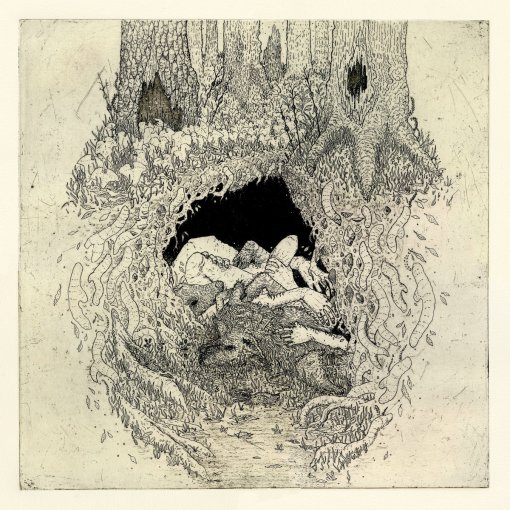 This is just one of the releases I listened to the most. This album would be at the wrong turn in the dark forest of hell.

Too long awaited to not be on this list. A new school chaotic screamo masterpiece from young blood. 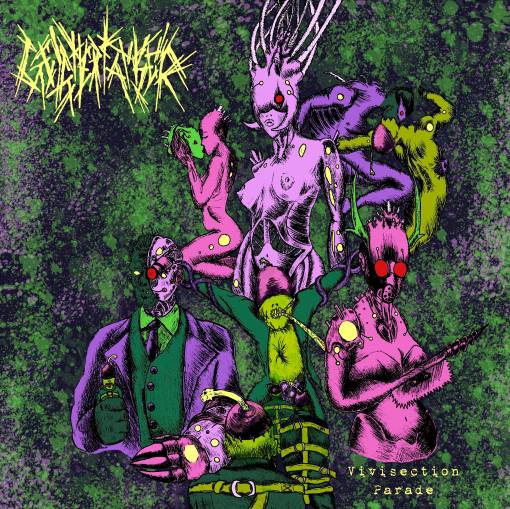 Go back to episode 39 and listen to me kiss their ass.

4) Portrayal of Guilt – “Suffering Is a Gift” 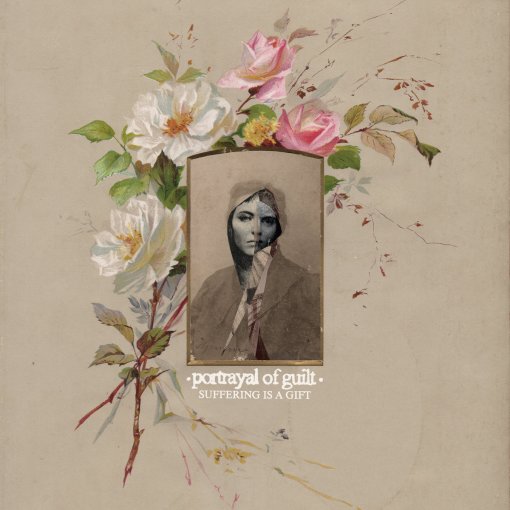 I know this counts as an EP, but I am huge fan of screamo, and even though they’re going much darker these days, it still really grabs me.

Such an amazing mathcore / metalcore release, the up-and-coming young bloods of what those genres should be. 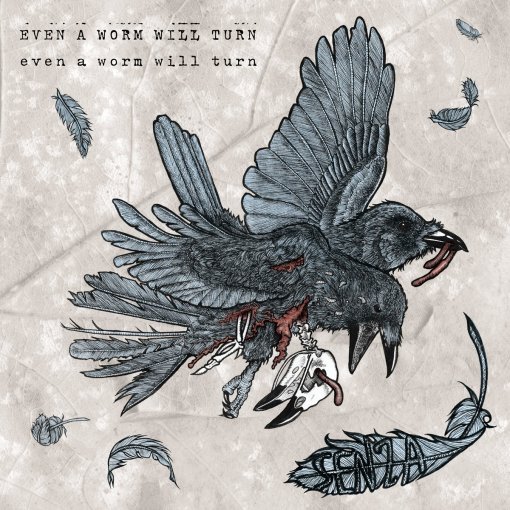 Once again, back to my screamo heart. This is the band that we saw live, and in classic screamo fashion, they did not use mics. They just screamed their little hearts out and it was amazing. Senza, thank you for creating this music.