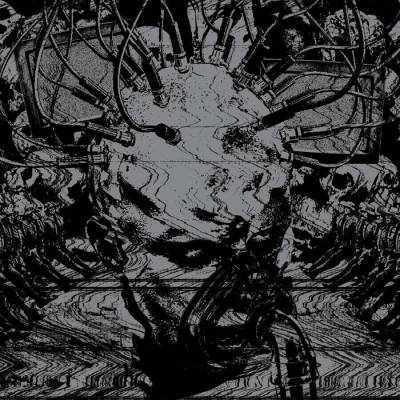 There has a been a huge wave of technical and filthy hardcore bands emerging from the UK in the past few years: Frontierer, Sectioned, Helpless, Leeched, Dark Habits, Bed of Wasps, and Gendo Ikari to name a few, and Sense Offender are certainly no exception either. Given the band features a member of another similar, more established act, Geist, Sense Offender already have a correspondingly established hardcore pedigree and know exactly which buttons to push. However, where Geist and Sense Offender diverge is the more acute sense of hopelessness and despair of the latter. Sense Offender have trimmed the fat in favor of more dissonant passages that are alternatingly more driving and heavy, pulsating and mesmerizing, in a way that recalls the misanthropic stylings of Cult Leader or their former manifestation, Gaza. The EP’s first track is a sample laced feedback loop that is the setup for the EP’s true opener, “Prophet-Less,” which launches an assault of odd-timed chording before a turn-on-a-dime change into it’s big d-beat riff, quickly back into dissonance (where this release most happily dwells), and finally wrapping up with a hypnotic, slower riff, illustrating the band does know how to occasionally let off the gas and exercise dynamics.”Starving Pigs,” the EP’s single, boasts an off-kilter, pulling middle section which draws with the force of a black hole. “Anointed with Seizures” begins with punishing riffs that are a trademark of this release, before giving way to a clean interlude, though band does not tarry here long, as the song quickly launches back into it usually attack before the eventual throbbing fadeout of “Weigh My Pieces.” If this EP is any indication of the musical direction this band is headed, Sense Offender are a band to watch.